Steamboat 2010 – Day 8
This was our last day of riding. Early this am – John drove Mick
and Tom to the airport for their several day trip back to Nebraska. John also picked up Robin who had taken his car back to be repaired.
John and Robin had first breakfast at the Shack on the way back.

After lots of discussion we decided
to ride into Steamboat for breakfast at Winona’s and then ride to
the Red Schoolhouse south of town. Winona’s was too busy so we
switched to the Shack – but otherwise we stuck to our plan. We
talked with several people along the way and found some great
ideas for other rides in the future. Rick and Jannelle (since Rick
couldn’t ride) went exploring in their truck and found some more
great ideas for the future. After reaching our goal – we rode
back into town and had a light lunch at the Boat House. We were
met there by most people who didn’t/couldn’t ride. Afterwards,
Robin picked up his Suburban (which was being
repaired) Nick turned in his rental bike, and the rest of us who
had ridden earlier rode back to the house. Many of us caught up on
the status of the Tour de France and or talked until dinner time.
Dinner was at a very nice restaurant called the Cottonwood Grill.
Our food and service was excellent and was a fun way to end our
week. Nick made up appropriate horse names for each of us that he
will email me and I will journal.
Tomorrow we will bid Steamboat goodbye and head back to Boulder.
Hope you have enjoyed our journey as much as we have. 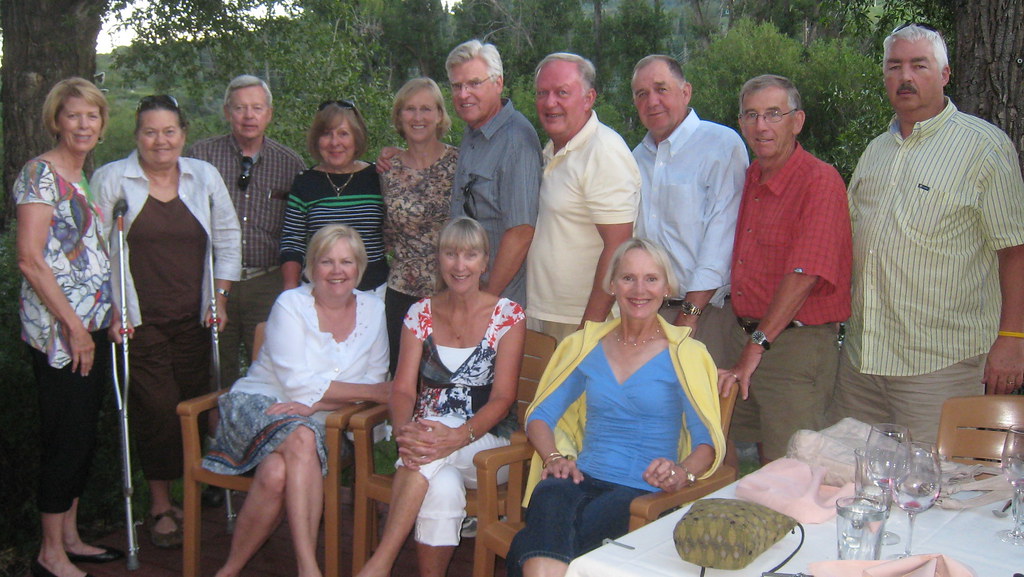